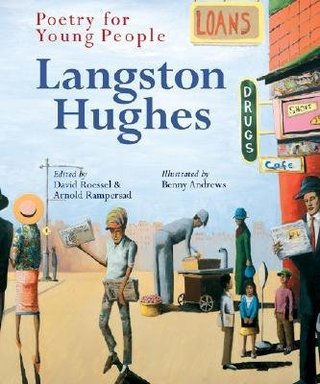 Sterling Publishing has a series of "Poetry for Young People" books.

Yep, it's true. The key: Everyone loves a surprise. Close an envelope, tell kids there's something really amazing in there, and then give them strict instructions NOT to open it. BAM! They're hooked.

I adapted my ultra-successful poetry unity from this Poem in Your Pocket activity, by The Poetry Society of America.

Each sixth grader chose an envelope, sealed shut, from one of eight piles. Then, they had to wait ALL WEEK to open it. I caught many of them holding their envelopes up to the light to try and get a peek at what was inside.

One mom told me that she was duly chastised for trying to open it early: "Mom, we are NOT allowed to open that until Friday!" Here's how that long and suspenseful week unfolded.


ONE WEEK OF MOUNTING SUSPENSE

As a teaser and clue, they could see the first line of a poem, written on the outside of the envelope. The eight categories of envelopes each featured a different poem.

BEFORE they opened their envelopes, I asked then to finish the poem—starting with their chosen first line, but then writing whatever they wanted afterward. My only constraint was their poem had to be at least four lines long.

When Friday finally arrived, they could hardly contain themselves. So, I delayed a little longer. (tee hee)

I had them sit in groups with students who had chosen the same envelope and first line and share their poetry. I heard lots of exclamations and giggles as I circulated among the poets:

I was most tickled when I heard language from our classroom analysis of poetry:

"That has amazing imagery; I can really picture your poem in my head."
"Those are good sensory words in your poem."

At last, with dramatic build-up, I told them they could open the envelopes. I asked them to read the full version of the poem silently to themselves, one time. Then, I had them take turns reading it aloud before they analyzed their poems together.

Some of my students felt really empowered when a classmate said, "I think our poems are better than the originals!"

Fat Is Not a Fairy Tale, by Jane Yolen:
I am thinking of a fairy tale,
Cinder Elephant,
Sleeping Tubby,
Snow Weight,
where the princess is not
anorexic, wasp-waisted,
flinging herself down the stairs.

"Trees," by Joyce Kilmer:
I think that I shall never see
A poem lovely as a tree.

Along with this Ogden Nash version:
I think that I shall never see
A billboard lovely as a tree.

No title, Anonymous:
"In a future time
when our plastic world is gone
and our bones are splinters
will a cosmic archaeologist moving
in and round our dust
find a memory of our time?"

"The New Colossus," by Emma Lazarus (of Statue of Liberty fame):
Not like the brazen giant of Greek fame,
With conquering limbs astride from land to land;
Here at our sea-washed, sunset gates shall stand
A mighty woman with a torch, whose flame
Is the imprisoned lightning, and her name
Mother of Exiles.

"If a Poem Could Walk," by Lorna Crozier:
It would have paws, not feet,
four of them to sink into the moss
when humans blunder up the path.

"Afternoon on a Hill," by Edna St. Vincent Millay:
I will be the gladdest thing
Under the sun!
I will touch a hundred flowers
And not pick one.

A FEW (OF MANY) EXCELLENT STUDENT POEMS

We collected all the poems into a .pdf booklet for students to print, keep, and share at home.

The fog comes
in many different shades
it arrives
slowly
blurry, blurry
hard to see
It is a nightmare
until it’s gone.
—Vinny

The fog comes.
The grayness in the air.
A wolf howls and an owl hoots.
Large-winged beast clears the grayness of the sky.
The beast lands as the fog rises.
It lifts its head and breaths a puff of smoke.
It spins around using its tail to cut some trees.
The beast puffs a flame.
It sees the wood crackle and hiss.
All the animals are silent.
He was the new king.
—Sophie

The fog comes
late in the dark, dark night
It surrounds us
There is no light to be seen
Then we sink down
into the deep dark waters
For the fog has taken
another victim
and still goes on.
—Andrew


This is a worthwhile and highly successful activity that I will definitely repeat next April for National Poetry Month! Here's a link to Sterling's Poetry for Young People: Langston Hughes

Let me know if you try this—and especially if you adapt or change or improve it. It's a keeper.