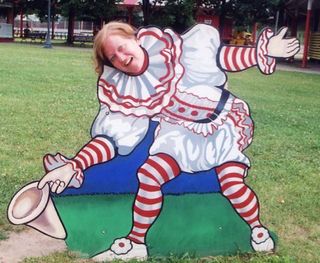 At the circus museum in Baraboo, Wisconsin. 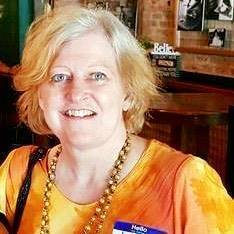 PLEASE REACH OUT to discuss how I can help you achieve editorial goals and to request samples of my books, games, puzzles, stories, interactive + game scripts, and other jazzy content.

ARCS and Review Copies for the Readalicious! Books for Tweens blog

Louise accepts print submissions only, as her blog is focused on creating the ultimate classroom library for 6th graders (ages 10.5-12).

Leonardo da Vinci, World of Inventors: One Man's Extraordinary Influence Upon the World

While researching a book about Leonardo da Vinci and his inventions, I came across a charming detail. Here and there in the margins of his famous notebooks, he scribbled the Italian word dimmi (DEE-mee). Some scholars suggest that he was just testing the ink in his pen.

They might be right. But my creative gut says there's more to it than that. The word translates as "tell me" in English, but its meaning can be far more engaging. To Italians, the word stands in for: tell me, say something, ask me, explain it to me, I'm listening, can I take your order? . . . engage me in conversation.

Who was Leonardo engaging when he wrote, "Dimmi, why does the moon shine?" Or, "Dimmi, why are there fossils of sea creatures on mountain tops?" His own genius mind? His fellow inventors? His creative muse? Maybe the list even includes us—his future readers.

In this single word, I've found a bridge between my life as a science writer and as a language-loving cultural junkie. As a writer, I share and seek stories about engaging exchanges with people from around the world.